← back to
Bokeh Versions
Get fresh music recommendations delivered to your inbox every Friday. 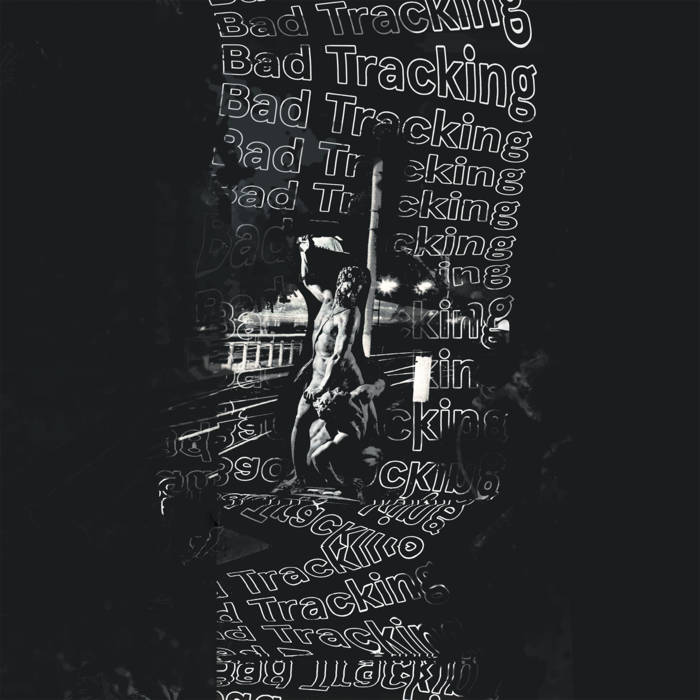 And we used to be such a nice record label .... BKV 026 swells up from the Bristol swamp in the forms of post-human industrial duo Bad Tracking. Here they have assembled variously, one spacious black metal intro (with original screams), an industrial-pop earworm not unlike Depeche Mode imploding in a feedback tunnel, two itch-tek dancefloor riddims namecheking local venue bans and I just don’t know what to call ‘Wellspring’ really, the end of days? Well you had it coming anyway…..

Known in town for upsetting local MPs and lisencees with their live performances as ‘naked technology sex slaves’ [think cassette-induced self harm, total nudity, blood from ears], Bad Tracking are the most visceral thing we’ve seen in this new wave of Avon experimental - a breath of life into the longstanding tradition of industrial performance art (and an antidote to idle BR club culture). Lyrically touching on censorship and tech // sonically they use feedback as a punishing instrument of anguish and expression. Widower EP is truly chewed nail sonics, more human than all your noise records, genuinely more scary than your edgelord power electronics nonsense, more forward than all yer government funded experimental think-records.

You may remember Bad Tracking from their remix of 90s soundsystem legends Bush Chemists on Bokeh last year. It sounded like they played the original through 1,000 knackered tape decks and added one kick drum. It was total sacrilege and we loved it. Bad Tracking is Gordon Apps aka reputed jungle/drumfunk producer Relapse (who also moonlights as Avon Terror Corp’s Olivia Mutant John, buy his shit) and poet / VHS video artist Max Kelan (who has lent his visuals to MVs from Hodge, The Pop Group, OM Unit, Young Echo to name only 4). They’ve released on tRewdindForward family labels like Mechanical Reproductions and champions of bad taste and good music - Fuckpunk.

“Tell the widower, of the nanny state, to go and fuck himself…..”

Bandcamp Daily  your guide to the world of Bandcamp